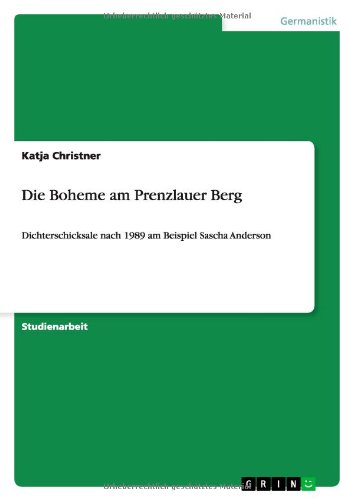 Translation of «prolo» into 25 languages

The task of Messrelationen and synthetic, regularly appearing accounts was to put the events in order but also to interpret them; the boundary separating them from propaganda was fluid. Pamphlets provided a space for discussions about the causes of war, its actual object, and the possible courses of action open to the governments, including the question of alliances. Naturally, advice shifted with the development of the war. Some media, for example medals and illustrated broadsheets, construed the war synthetically and allegorically. The Thirty Years' War — developed from a political and confessional conflict between the German Emperor Ferdinand II — and the Bohemian nobility into a European-wide war, as both sides also found allies outside of their own confessional camps.

For the Holy Roman Empire , it led to the legal recognition of both confessions; for Europe it entailed the necessity of dispatching permanent ambassadors and thus of establishing a system of continuous diplomatic exchange. Previously in Europe, with the exception of chronicles, only individual, easily digestible military events had been described in broadsides or pamphlets, where they were often given a religious or political interpretation.

Periodically appearing media — above all weekly newspapers , which had existed in the Holy Roman Empire since , but also Messrelationen , which appeared biannually or triannually 2 — were able to follow longer developments continuously over months and years. Perhaps it was this continuous and regular reporting itself that led Europeans to think of this war as one coherent event, namely "The Thirty Years' War," and not as a chain of independent conflicts set in locations near and far. For many European countries, the war can be considered the origin of periodical reporting of any kind.

Beginning in in Amsterdam , newsletters Nachrichtenbriefe from Germany, Italy , and other regions were regularly collected and printed, for example in Cologne as the Wochentliche Niderlandische Postzeitung. These were not the only periodically appearing media during the Thirty Years' War. Unlike today, when all media are integrated in the virtual web, the media of the seventeenth century did not so easily cross over with one another. Print media were literally characterized by different formats: octavo for information meant to be transportable, such as a prayer book; quarto for Messrelationen as well as most newspapers and pamphlets; folio for illustrated broadsheets, but also for chronicles or the political newspaper Theatrum europaeum.

In addition, there were compilations of newsletters or digests referred to as hand- written newspapers, or Fuggerzeitungen , 9 broadsheets illustrated with woodcuts or engravings, 10 and news songs, performed by travelling entertainers male and female. These functions — not the "format" or "channel" of the medium — determined how "the war" was presented in each medium and how it "arrived. In turn, this is only possible by considering the function individual media had, that is, by asking what they were meant to achieve or effect.

It is possible to distinguish four tasks performed by media in the Thirty Years' War: 1 the reporting of facts, 2 putting information into context, 3 commentary and agitation, and 4 synthetic, often allegorical interpretation. In what follows, these functions will provide the rubrics for explaining how the war became a media "phenomenon" in its time. In-depth research into the interpretive and commentary-driven pamphlets of the Thirty Years' War 12 can easily obscure the fact that by far the majority of paper in this war was used to pass on facts.

While recognizing the problem that reported "facts" themselves are based on interpretation, in this context we shall treat as "facts" everything that the reporters of the time themselves considered true and communicated as such to their contemporaries. In handwritten and print media, facticity was vouchsafed by the obligatory dateline. The dateline announced in standardized form the place and time at which the news was recorded, not of the events themselves.

If an event could be dated, this information had to be given a second time, as in the following newsletter, printed in a Magdeburg Messrelation of This excerpt provides a typical example of the form in which the war "arrived" in newsletters and, through them to the extent that they acted as the ultimate source of information , in all other "fact-reporting" media.

Geographical terms or numbers were provided with precision in order to attest to the report's concern for truth. Who "the enemy" and "our soldiers" were, however, was left to the reader to decipher. In order to understand the reports, it was necessary to know the present military situation and the state of alliances. Individual events were described as precisely as possible, but briefly and without embellishment. The build-up of suspense, although not unknown, was frowned upon in news reporting, as can be seen from the short report in the Frankfurt Messrelation about the Defenestration of Prague :.

Names, offices, and titles were given precisely, but no additional or background information was provided; the reporter did not reflect at all on the importance of the event. Indeed, this report assumed a great deal of knowledge. The reader had to know who "the Estates" were and at least have a sense of the meanings of the titles in order to contextualize the event. The pure reporting of events during the Thirty Years' War often although not always dispensed with background information and explanations.

Thus news required a great deal of prior knowledge on the part of readers — or the aptitude and the opportunity for familiarizing themselves with the contents of news reports over a longer period of time. The Prague newsletter shows, furthermore, that not only the spectacular, "big" or "decisive" events found their way into the media reports of the time but also smaller encounters and even unsuccessful undertakings, which did not appear at all in irregular media.

The reason for this status accorded to small military incidents lay in the short intervals between reporting that characterized many news media. Newsletters and newspapers appeared weekly; their writers, compilers and editors thus had to regularly and speedily fill a minimum amount of paper with news, for which they were paid. This quota could not be met by "big" events alone, nor could the latter be relied upon to provide regular material. In addition, the meaning of a battle or an event could at times only be determined at a distance of some time, which the writer of a newsletter or a newspaper, who had to be up-to-date, did not have.

More voluminous writings could also deal with longer-term developments. The typical longer-range "event" during the Thirty Years' War was the siege. The siege report was a standard genre of independent, non-periodical publications 17 and Messrelationen. In irregularly appearing publications the occurrence was chronologically summarized, whereas in Messrelationen it was separated into discrete, often widely dispersed sections, the "most recent" of which ought to be as current as possible. Marco Polo. Synonyms and antonyms of prolo in the German dictionary of synonyms.